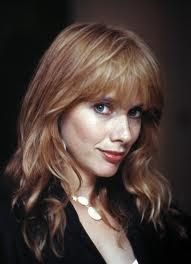 I’ve noticed that Toto has been feeling down of late. They’ve been moping around the house, showing up late for work, and just not eating well. I don’t want to interfere in matters of the heart, but I think you need to hear this from a neutral third party.

Rosanna, what the heck? The band Toto is clearly still way into you. Do you remember the way they used to belt out the chorus to ‘Africa’ anytime they ordered cheeseburgers? Miss Arquette, they just don’t do that any longer. Now, instead, they mope around humming the tune to their new hit song. It’s about you Miss Arquette, and I really think you should give it a listen. They seem legitimately sorry for whatever they did, and they are offering you a pretty sweet deal because of that. From a strictly economic standpoint, you’d be a fool to turn it down. Never ever having to compromise? I’d wet the bed for a deal that good!

Rosanna… Miss Arquette, in truth I don’t know a thing about you other then what Toto has told me. But come on! Give them a chance! At least meet them a little bit of the way.

Error: Twitter did not respond. Please wait a few minutes and refresh this page.