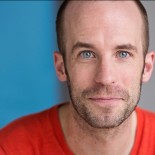 Featuring yours truly, in regard to a recent CMPA report.

Give it a read if you are interested in the digital entertainment frontier!

A funny thing happened after Canadian indie producers urged the country’s funding programs and regulators before their recent Prime Time conference in February to finance their entry into pure-play web series.

A host of Canadian web series producers came out of the woodwork to showcase their ongoing work, from Ruby Skye, P.I. and Out With Dad to White Collar Poet and The Jim.

“No one really consulted us and asked how you’re going about it,” Ash Catherwood, a Toronto actor and web series creator, tells Playback Daily in the wake of a report from the Canadian Media Production Association (CMPA) into pure-play web dramas.

Catherwood said the Canadian web series production sector, while without leadership beyond grassroots organizing, has managed to make world-beating projects in a rapidly emerging digital frontier.

The CMPA has apparently overlooked such local productions.

“The problem is the web isn’t developed anywhere close to how TV is developed. So old TV production models are being applied to the web,” he said of traditional TV producers now wanting to extend their reach into pure-play web series.

“To state that there aren’t successful Canadian web series, that harms the industry that’s developing and sets it back,” Catherwood said.

CMPA topper Norm Bolen wasn’t available this week to respond to the criticisms of his association’s report from the indie web series production sector.

But Bolen at Prime Time told Playback Daily that the CMPA did not claim to speak for all web series producers, and looked only to urge funders to offer more support for high-quality pure-play web series aimed at the global market.

That’s not how indie web series producers read the CMPA report, however, with Robert Mills (Big Comfy Couch) telling Playback Daily that the CMPA had appeared to take industry leadership upon itself.

“To us it felt as if the CMPA pretended we and our shows didn’t exist – and summarily thrust themselves into the position as the official representatives of the fast expanding world of independent production of web content,” Mills, who recently produced the kids web series like Ruffus The Dog, commented in an email to Playback Daily.

Domestic web series production has been helped by funders like the Independent Production Fund, which recently renewed its support through 2014 after launching a pilot program to support linear drama series for new platforms in 2010.

All for now folks!

Error: Twitter did not respond. Please wait a few minutes and refresh this page.